Peter Krasinski returns with unique entertainment at the Stone Church

Friends of the Stone Church (FOSC), a non-profit community organization, will present two masterpieces of silent film accompanied by international sonic artist Peter Krasinski playing the historic Johnson & Son tracker organ on Friday at 7 pm, April 26, 2019, at the Stone Church, 283 Main Street, Gilbertville, MA. The films are The Cameraman, starring Buster Keaton, a feature-length film about a sidewalk photographer who attempts  to become a cameraman in a movie studio; and The Rink, starring Charlie Chaplin, a short film about a waiter who goes roller skating to impress a girl. In each film, one of America’s great comedic actors displays remarkable athleticism and masterful comedic skill. Both films are suitable for family audiences.

Mr. Krasinski will bring the moving images vibrantly to life with his live musical accompaniment. Mr. Krasinski’s music – inspired by the venue, the 135-year-old instrument, and his Gilbertville audience – will be completely improvised. Admission is $10 per person; under 18 free. There will be an intermission with refreshments.

The Cameraman (1928) is Buster Keaton’s last originally-developed and written film. Starring Keaton, Marceline Day, and Harold Goodwin, the film features a sidewalk photographer who falls in love with a secretary who works for a film studio. As he seeks a new career, he accidentally acquires a monkey, and the plot twists continue.

Film historian Jeffery Vance called Buster Keaton one of the most gifted actors and directors who ever graced the screen,” continuing, “Keaton’s comedy is a whirlwind of hilarious, technically precise, adroitly executed, and surprising gags, very often set against a backdrop of visually stunning set pieces and locations–all this masked behind his unflinching, stoic veneer.”

The Rink (1916), stars Charlie Chaplin as a waiter and Edna Purviance as as the girl who catches his fancy. In amorous pursuit, Chaplin goes roller-skating, and the laughs roll in.

Peter Edwin Krasinski holds both a Bachelor of Music Degree in Music Education and Organ Performance, and the Master of Sacred Music Degree from Boston University. He is broadly recognized as a motivating consultant for the pipe organ community, and as a conductor, organist, and music educator whose imaginative and energetic performances elevate and inform audiences. Well respected in both secular and sacred genres of his field, he has taught the enchantment of music in both public and private institutions in the greater Boston area for many years. His silent film performances have been hailed as “a great marriage of movie and music.”

Tickets can be purchased at the door, using cash or credit cards. Donations are gratefully accepted by check to FOSC, PO Box 347, Gilbertville, MA 01031, or through FriendsoftheStoneChurch.org. 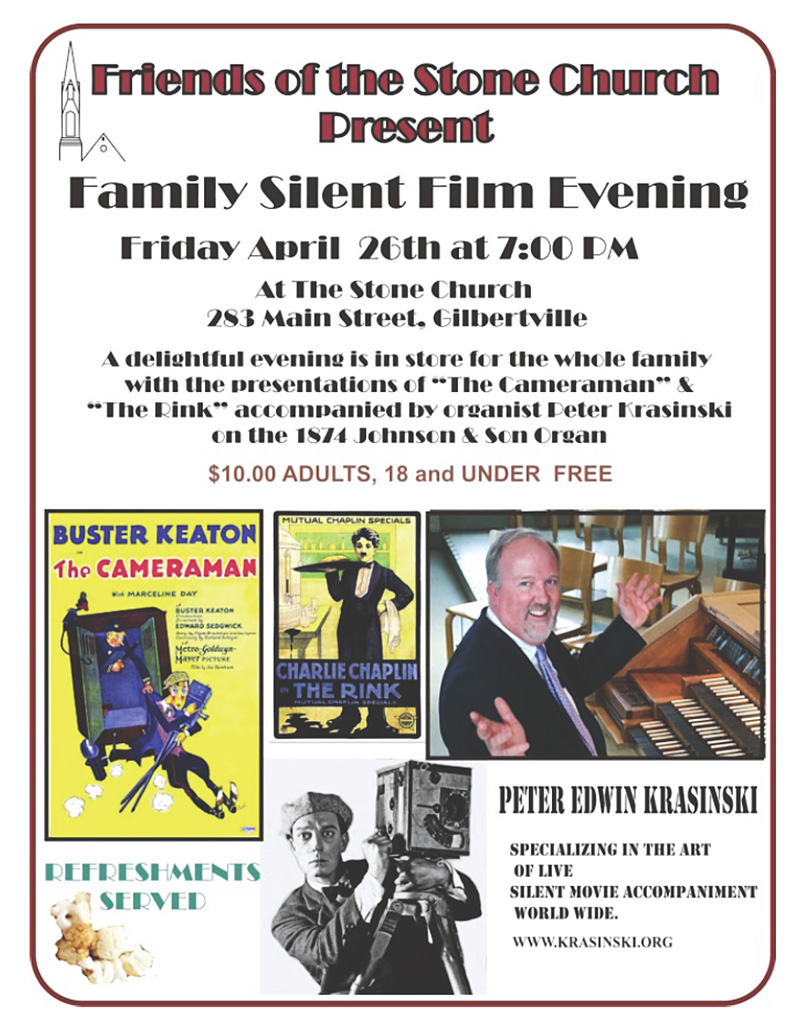 The Friends of the Stone Church is a public charitable corporation and community group organized in 2015, and open to all people. In partnership with the Hardwick Historical Society, and in collaboration with the congregation of the Trinitarian Congregational Church, the Friends’ mission is: 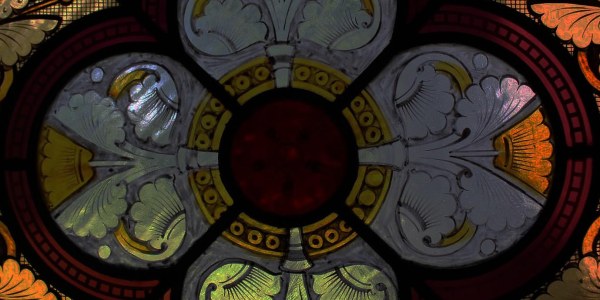